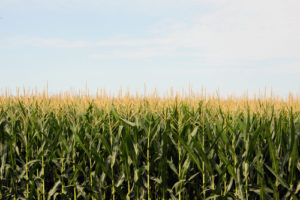 “This promise directly contradicts earlier ones made by the Mexican government to the United States contained within the U.S.-Mexico-Canada Agreement (USMCA),” wrote the senators, who both serve on the U.S. Senate Agriculture Committee.

In 2020, Obrador announced the country would phase out genetically modified corn, a plan reaffirmed in October by Mexico’s Deputy Agriculture Minister Victor Suarez, who said Mexico is on track to cut its imports of U.S. yellow corn in half.

Sens. Ernst and Grassley noted in their letter that Mexico’s proposed ban would effectively phase out the import of 90 percent of U.S. corn by January 2024. Iowa corn growers, specifically, export 16 million tons, or 630 million bushels, of corn to Mexico each year.

“Any interruption to these shipments will severely affect our farmers and the state’s economy, and have dire economic consequences for the entire Corn Belt,” they wrote.

The senators also pointed out that Obrador’s decree is not only “a non-starter” for America’s farmers, but it is also impossible to implement since 92 percent of corn grown in the U.S. is genetically modified.

“Despite overtures to the Mexican government for nearly two years, there is little indication from the country’s leadership that it will adhere to its commitments under USMCA,” wrote Sen. Ernst and her colleague. “The time has come for the office of the USTR to intervene on this issue.”

The senators called on Tai to formally request dispute settlement consultations under Article 31.4 of the USMCA.

“If at the end of the consultation period, Mexico has not confirmed that it will reverse its ban, USTR should proceed to request the establishment of a dispute settlement panel,” they wrote.