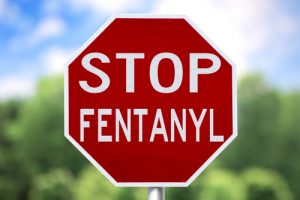 U.S. Rep. Fred Upton (R-MI) on May 10 proposed a bipartisan, bicameral resolution that supports designating a National Fentanyl Awareness Day to increase public awareness about the impact of fake or counterfeit fentanyl pills on families and young people.

As of March, fentanyl is the leading cause of death for Americans ages 18 to 45, according to data from the Centers for Disease Control and Prevention (CDC). The Drug Enforcement Administration estimates that nearly 40 percent of counterfeit pills contain potentially lethal doses of fentanyl.

“Sadly, millions of Americans know the pain and anguish of losing a loved one to an overdose. Last year more than 100,000 Americans lost their lives and their battle with this highly addictive drug,” Rep. Upton said. “On this day of awareness, we hope to remember those we have lost, as well as address the root cause of these tragic deaths.”

House Resolution (H.Res.) 1102, which Rep. Upton cosponsored alongside sponsor U.S. Rep. David Trone (D-MD) and four other original cosponsors, including U.S. Rep. Brian Fitzpatrick (R-PA), also would applaud the work of federal, state and local public health, law enforcement, and other agencies to combat the proliferation of counterfeit pills and their harms to health, according to the text of the resolution.

Additionally, H.Res. 1102 would encourage the use of existing strategies and authorities to proactively stop and prevent the spread of illicit synthetic opioids, the text says.

“We must hold the manufacturers and sellers accountable and provide treatment to those afflicted with addiction,” said Rep. Upton.

The CDC has also warned that fentanyl can be laced into heroin, cocaine and methamphetamine.

“Synthetic opioids like fentanyl have become the number one driver of drug-related deaths in America. Even worse, most folks don’t even know the real dangers of fentanyl-laced drugs before taking them,” said Rep. Trone. “By increasing the awareness of fentanyl and its deadly impacts, we can save lives.”